Remember what things were like as a kid, walking uphill both ways to school, in a blizzard, or having to swallow a fried egg whole before one of your thirteen siblings got to it? Times were rough, the world was harsh, but you could still buy a pound of bacon for 47 cents. Ah, if only it were possible to survive on bacon alone.

It’s hard to define a traditional American childhood today the way you might have a century ago. But the staples most everyone can reminisce about? Hearty comfort food and popular games. For my generation there are memories of after-school milk and cookies [Oreos, anyone?] and street hockey with the neighbor kids; car rides passed on Game Boys and chicken finger lunches in the cafeteria. My winters brought “snow cream” — an indulgent mixture of fresh snow, heavy cream, and maple syrup — and igloos, and summers had bonfire s’mores and swamp mud pies. Needless to say, mine are a little more hick-ish than what what some of you thought was normal [TV? What?], and quite a bit harder to recreate in a city. But my friend MW was a good suburban boy with green bean casserole tendencies, so last weekend we trekked over to Oakland to spend an evening reliving some of his childhood [and current] favorites.

First up, mac and cheese! The ooey gooey goodness has only improved with age as modern twists like toasted breadcrumbs, exotic cheeses, and tasty mix-ins have replaced the orange microwavable product. Homeroom is a foodie newbie dedicated to the old-school special. It opened in Oakland in February [on Valentine’s Day – spreadin’ the love], the project of two ambitious ladies who quit their day jobs to pursue perfection of what they consider “the most delicious food on earth,” and it’s been hopping ever since. With a great paper airplane logo and a double-height space dotted with handmade details like wall-hanging succulents and a glass globe chandelier, they’ve managed to create both a strong restaurant identity and a casual destination. MW and I were lucky to beat the Friday crowds, and as if it wasn’t hard enough already not to scarf down an entire bowl of mac without coming up to breathe, we also had hungry toddlers watching forlornly as they waited for a table. MW plowed through a baked Gilroy Mac — gouda, pecorino, and roasted garlic — while I opted for the seasonal Summer Pesto with green beans. 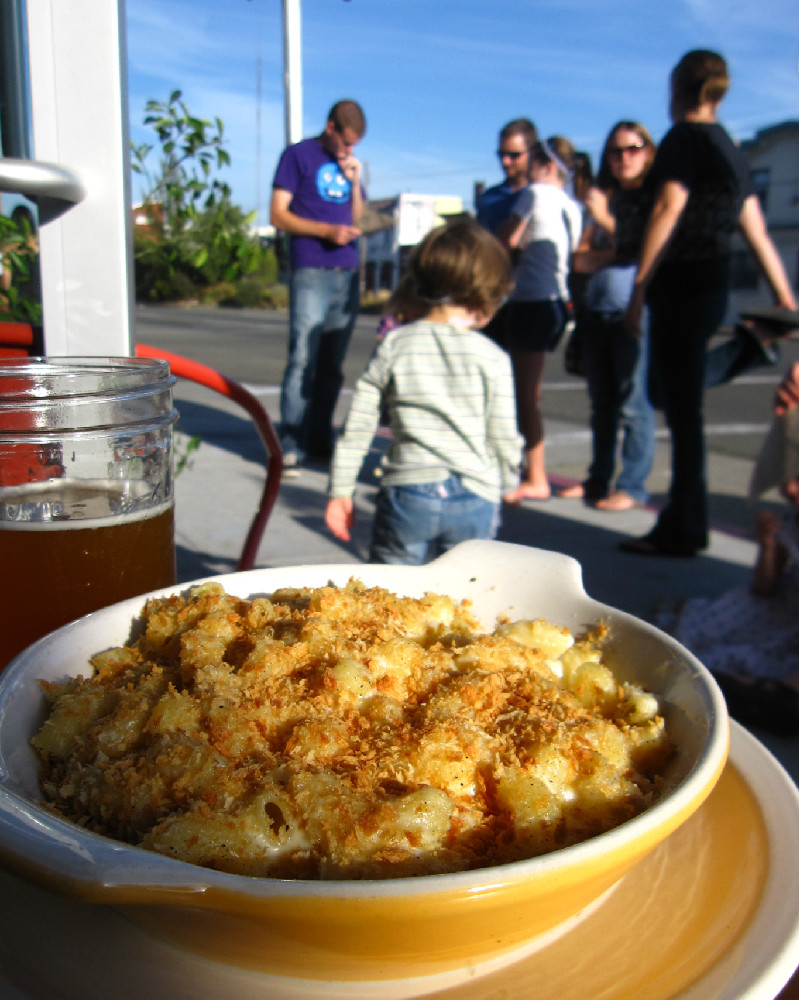 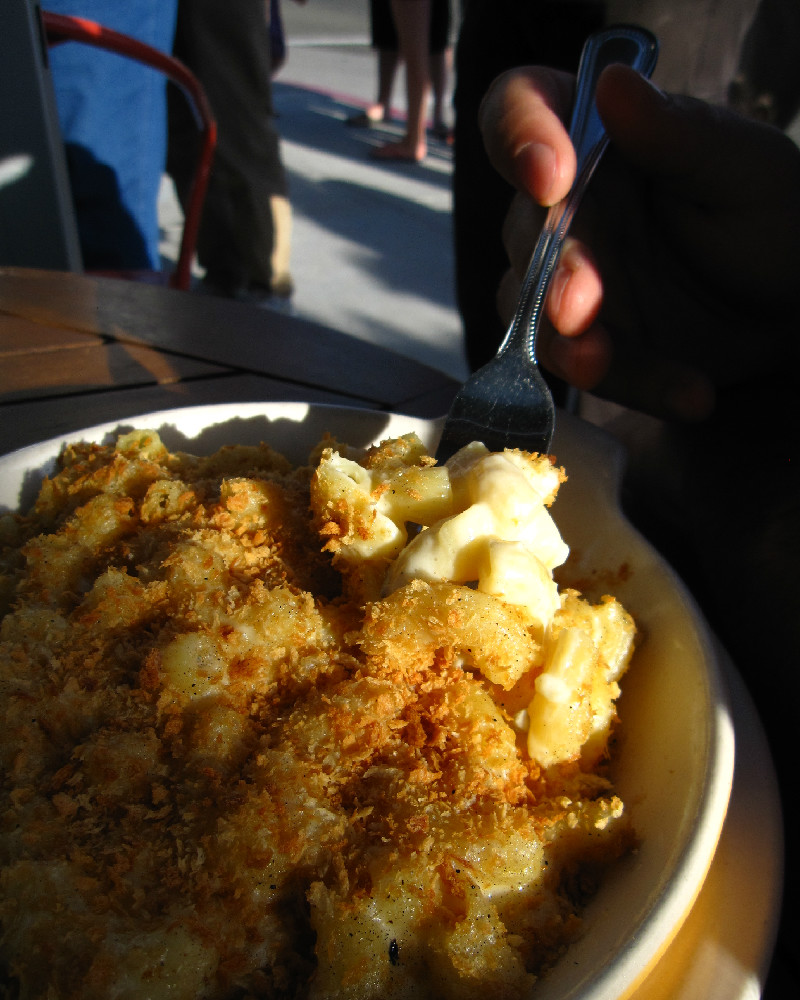 The Gilroy was creamy and satisfying, though hardly vampire-repellent enough to warrant the name, and I was disappointed to find that the only cheese in my mac-minus-cheese was the few bits sprinkled on top. I suppose I’m to blame for assuming the pesto would be stirred into some kind of dairy, rather than being the only, very oily sauce. I’d certainly give them another try if they were in SF — leaving room for minty peas and strawberry crisp — but for now MW and I will have to satisfy his cravings with the home-cooked kind.

Now for the night’s entertainment . . . pinball! MW actually had a pinball machine in his basement growing up and was, I understand, quite the whiz. So once he heard about the Pacific Pinball Museum’s collection of a hundred machines, from retro woodrails and wedgeheads to newfangled electric models, all set for endless free play, there was no question that we were going.

The Flying Turns two-player game was the perfect combination of pure bad luck and scoring based on inconsequential standards — depending on how you played the ball [or, just as likely, how it fell without ever going near the paddles], your car would advance along the racetrack a certain number of laps. We never made it past single digits.

Although I burned out after a couple of hours — not even the anti-gravity Mars machine or the animatronic boxer could stave off pinball saturation — MW was like a starved man at a buffet, gobbling pot roast as if it was liable to disappear any second. He probably would have stayed until they kicked him out at midnight.

If you’re at all into pinball, history, or just looking for an unusual date activity, I’d definitely recommend the museum. And you might as well fully embrace the kid in you and pop into Homeroom while you’re over there. Just don’t expect your reflexes to be up to teenage standards after a few too many beer floats!

It’s “mah-kah-nee-oh-loo” [that’s a good breeze for sailing, in Hawaiian] and I’m Allison Makani`olu Rowe. Insatiably curious and perpetually amazed, I’m always on the hunt for the next adventure. My belly is full of delicious treats, my camera is overflowing with photos, and I haven’t stopped smiling yet.

I’m currently living in London, New York, or Tokyo as part of an awesome dual-degree masters program [Global Innovation Design, through the Royal College of Art and Imperial College in London]. No doubt there will be plenty of stories to share!